Next step into the WRTC2022 organization

This is a very important step for WRTC 2022: the Team Leaders and their Team Mates are listed and selected.

In 2017 when we decided to create teams from more places around the world we couldn't know if it would work or not. We added more slots to South America, Africa, Oceania, and it seems that we accomplished our goal.
At the moment of the decision we knew that we had to have fewer slots in the very competitive regions in Europe and North America, causing an increase of competition in those areas for fewer slots than before.

But creating more competition in more places was our goal: give an opportunity to every continent to be competitive in the WRTC, as in the Olympics where every continent is represented.
This is the opportunity to participate in WRTC with the rest of the world.
We really hope that these Team Leaders will take advantage of the situation and start to breathe the WRTC air so that they can bring it to their country as we have seen in past WRTCs.

The complete WRTC event makes contact between people very easy, quick, nice, and pleasant .
Everyone who has participated in a WRTC has brought home new friends, ideas, motivations and know-how: spreading our contesting passion is one of the most important objectives of WRTC and that is what we really hope for all participants in Bologna in 2023.

Following the qualification process, we now welcome the Team Mates.
The rule that forces the Team Leaders to choose a Team Mate in a qualifying list required this for the first time.
Our goal was to reward who has tried to qualify, with a station, time, and commitment.
Not everybody has a superstation, so we did not want to exclude anyone for that reason.
We found that in most areas, placing 11th in the ranking could be achieved with a medium-sized station.
So "welcome" to all Teammates!

For now, our first thought goes to the Team Leaders to which the Organizing Committee extends our congratulation. We know how hard and difficult it has been before and during the pandemic. You couldn't travel, take advantage of your faraway station, no multioperator teams, no way to move, to organize yourself...a missing connector was a problem...how do I get it?
So much more honor goes to the Team Leaders for what they have done in not only participating but winning!

Next we will call the Youths Teams (25 years old in July 2022 as in the rules) to add their call signs to the competitors list. Then the Referees, Wild Cards, and we will proceed more or less as the other events have done.
We still have two free slots for the Donors Team.

This is the moment...so please think about it seriously!
We would like to encourage anyone who is not yet registered in our Reflector to do so. Please contribute your questions or arguments. We are also preparing the Competition rules that mostly will be the same as for preceding WRTC events.
That is all for the moment: follow us on Facebook, Twitter, Reflector and we hope soon on the air, as we always want radio to be our favorite media. 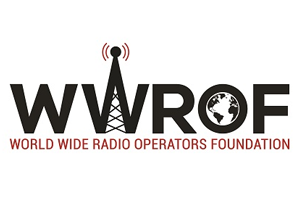